First of all, we need to know about what is GST (Goods And Services Tax ) and then we will discuss the advantages of GST.

All this value-added tax or we can say that GST on every good and service is collected from the consumer by the seller. Then GST is remitted to the government of the Nation by the seller of goods and services. The term “Value added tax” or VAT can be explained as a consumption tax on a product while it is in its making process from raw material to the final product. In every single stage, the value of VAT is imposed on the goods and services in the supply chain where value is added to the product. It can be explained with the help of an example of a mobile phone.

The retailer sells the product to the consumers and in this stage also tax is imposed.   But before GST in every stage, the same amount of tax is imposed by the seller. This can be illustrated with the help of a table given below

There are mainly  four slabs of GST

The abbreviation of IGST is Integrated Goods and Services tax. It is imposed on the goods and services when a transaction happens between two states. For example, Sugar is manufactured in Punjab and it is sold in Goa so in this case IGST is levied on the goods.

The State Goods and Services Tax (SGST) is a tax imposed by the state on goods and services. It supplanted all prior taxes levied by the federal government. Central surcharges and cess, as well as central excise duty, are examples of such taxes.

The State Goods and Services Tax (SGST) is a tax imposed by the state on goods and services. It is collected by the state government. Because each state government has its act, the SGST features may vary. Specific characteristics such as taxable events, value, classification of products and services, and measures, on the other hand, are consistent across the country.

The Union Territory Goods and Services Tax (UTGST) is a tax that applies to goods and services transactions in the Union Territories. In the Andaman and Nicobar Islands, Lakshadweep, Daman Diu, Chandigarh, and Dadra and Nagar Haveli, it is imposed on the supply of goods.   It’s worth noting that the UTGST only applies to Union Territories without a legislature.   As a result, Delhi, Puducherry, and even the newly constituted UTs of Jammu and Kashmir are subject to GST rather than UTGST. Understanding the definition of UTGST is insufficient. You should also be aware of the appropriate tariffs.   The Central Government collects this tax, which in UTs replaces the State Goods and Services Tax.

Advantages of GST in India

There are numerous benefits of GST which are helpful for the growth of the economy of a nation.

After introducing GST in the nation tax on tax effect is eliminated, and every consumer has to pay only one tax on the goods and services which is equivalent to the value addition in that stage. Before GST every buyer(retailer, wholesaler, consumer) has to pay tax at every stage of the product while it is in the supply chain. Which mainly affects the final cost of the product. This is a benefit of GST because it helps to reduce the final price of a product or service.

In GST goods and services are provided by 8 digits specific codes that are the HSN (Harmonized System of Nomenclature) code for goods and the SAC ( Service Accounting Codes) code for services. Which helps to identify the category of the product. Because in the previous tax system goods and services are classified into various categories and taxpayers select those categories for their product which has a low tax rate. This is eliminated by GST by its product identification codes. This is a benefit of GST because it helps in the identification of products and services.

This shows the major benefits of GST Because In GST there is only one tax for the product while it is in the manufacturing process or the consuming stage. There will be only one amount collected from the buyer in the form of tax. This is equivalent to the value-added to the product. Due to this tax procedure, it became simple and easy for the people of the nation. Also, administration processes are decreased due to one tax on the product.

4. Decrease in Price of the product

As we all know that in GST there is only one tax is introduced on the product. This tax is only collected on the value added to the product not on its price while we purchasing it. This can be easily explained with the help of an example, A retailer purchases a water bottle from the wholesaler at $10 and add $5 of its profit to it, and sells the water bottle at $15.5 to the consumer. He will only pay tax on the value-added amount which is $5 and the value of tax will be $0.5.

While in the previous tax system the tax amount will be $1.5 and the final product price is $16.5.   So due to GST product prices are decreased and also the amount of tax on the product is decreased. This is

This shows the major benefits of GST Because, GST all procedures are online and due to this registration process for becoming a taxpayer, it became easy for the people. Also, filing tax returns became easy and every taxpayer’s time is saved because it is online and easily paid in the form of returns to the government of the nation.

Advantages for the Economy with GST

Industry and Trade Benefits From GST

Also, Read our Blog on :Differentiate Between Macroeconomics and Microeconomics 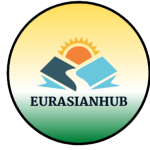